I have a new resolution for the year, and one of them kind involves Halle Berry.

More on that in a minute.

The first is to read MORE books and buy MORE courses on acting.

Not just “technique” and “Craft”, but career stuff like:

That’s why I picked up Randy Thomas’ “The 6 P’s Of Acting Success” because he runs a website for actors and a program called “The Actor Advantage Program“, and I figured this would be a good intro to his course.

Randy Thomas is from Canada, and was actually a BUSINESS major in college 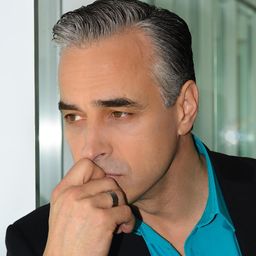 (One of THOSE guys, I figured)

And the book discusses being an actor from a BUSINESS point of view.

We’ve heard it before:

But what the hell does that mean?

Randy breaks down his “Marketing speak” into “actor speak” throughout the book so that I learned some of the paralells:

The business definition of a Marketing Strategy

A strategy designed to meet the company’smarketing objectives

by providing its customers with value. All the principles of the

marketing mix are related, and together establish the product’s

position within its target markets.

An artist’s definition of a Marketing Strategy

A strategy designed to meet your career objectives by providing

All the principles of the 6P’s of Success are related, and

together establish your brand as an artist in the entertainment

Did you hear any of that stuff while studying to be an actor?

But that’s just at the beginning.

There were 2 things I really liked about Randy’s Book, and the first is that he adds “Life lessons” throughout the book, like one he learned while ON TOP OF HALLE BERRY:

wrapped tightly around me like a clamp… I am restraining

Halle’s arms over her head and by the end of the afternoon, we

are exhausted. And everything is caught on camera because

we are on set.

(The story is longer, and really good, but what I really liked about that chapter was the end of it)

trailer after the shoot with her manager, Vince Cirrincione. I

also remember feeling helpless. Even though I was sitting in

the same room, Halle and I were on different planets and it

Now, I would have been feeling helpless and frustrated for an entirely different reason, but this is where he goes into the “6 P’s Of Acting Success” and a diagram that kinda explains the problem with most actors careers:

In this diagram, he shows that most actors are only concerned with their “product” (their acting ability), but forget the other essential parts of owning a business:

Did you hear any of that stuff while studying to be an actor?

In the video courses that go along with the book, he sounds really funny when he says “Promotions” and “Processes” in his Canadian accent, but I’ll let that go.

Randy explains how these 6 things are NECESSARY parts of any business, but 5 of them are totally ignored by acting schools and acting classes- mostly because actors don’t know any better.

I really enjoyed the book (as well as getting a healthy-ass kicking of what I should be doing), but it was the final section which really hit home for me.

Throughout the book, he talks about how much the industry has changed because of how few movies are being made, and how the shortage of projects trickles down and squeezes the beginning and mid-level actors.

So, he predicts several changes in the industry that I totally agree with, and wrote in my own special report a few years ago about acting in the 21st century.

If you want to be a professional, and have new goals for the New Year like I do, then I really suggest you click below and pick up a copy of Randy Thomas’ 6 P’s of Acting Success:

Thanks so much Randy- I know how hard it is to get a book finished and out! And if you see Halle:

Give her a kiss for me…. please?