Sometimes I’m not very clear… and I also don’t take my own advice.

Here’s how this started:

I have a personal friend who I just learned is in the Network Marketing company Young Living Essential Oils.

She works too hard.

She is excited about the opportunity, and is well-read on a lot of the books and materials on Network Marketing; she follows Eric Worre, and has a large leg that was built because she got lucky and found a builder in depth.

That’s all great, but she’s been at it for a while, and not seeing the results she wants, or expects for the time and energy she’s putting in because:

She is being taught to build the business like it was still 1995.

In order to learn from me, and what I’ve been doing with No More Waiters, she asked for an appointment to “chat” at a Starbucks, and since she was a personal friend, I said yes.

Only “talk” to CUSTOMERS.

Why? Because they are better informed, and show some commitment by paying.

But she was a friend, and I didn’t want to be… “mercenary”; I was trying to be helpful.

I couldn’t understand why she didn’t just want to get on the phone, or buy any of the materials that I obviously recommend so that she could learn how to do things differently, but I said what the heck- it was nice to reminisce about coffee shop meetings.

I learned that she was doing tables and booths at conventions and trying to retail the oils, hoping to find some motivated customers.

She was doing presentations on a whiteboard at an office space, trying to get the NY team motivated and grow the presence in the city.

She is working too HARD.

And not getting results.

When we sat down I tried to explain to her that those methods are too old, and frankly, that no one would want to duplicate her.

I said “NO ONE WANTS TO DUPLICATE YOU”

She wanted to meet with me, because my EXAMPLE is one that people would like to emulate- I send out some emails, and live my life.

Yes, I sit at this computer at times, but it’s always in pursuit of a new idea or something.

It is NOT to retail some produtcs.

I also tried to explain to her that although Eric Worre is a big champion for the industry, that what he actually DOES is internet marketing, and to follow his example instead of his teachings about home meetings and “coffee plans”.

I then told her what I thought would be the LIGHTBULB moment for her:

You see, in the gold rush, although many, many people were out looking for gold, it was the people selling shovels and jeans that made all the money.

The money is in the tools.

But also to use the tools to grow her business.

I tried explaining that what we were doing here with Empower is to teach people how to grow their business online, and to give them the shovels to do it with.

And to ALSO sell the shovels.

A few hours later, she texted me saying that she wanted to write a booklet on Young Living products that would help other reps sell the oils.

I told that’s a good idea, but frankly would be a nightmare to do legally and probably not worth the money.

I sent her the capture page for the TEAM BUILDING FORMULA so she could buy the blueprint and start to learn how to build her business online:

I thought she would buy it immediately, but she didn’t.

I actually should have told her to BUY IT, but I didn’t.

Again, trying not to be…”Mercenary”.

So, I also sent her the ATTRACTION MARKETING FORMULA from Elite Marketing Pro, but I think it confused her because she didn’t buy it either, and instead asked about “buying in” to the different companies.

See, had I just said “Buy the TEAM BUILDING FORMULA, and then we’ll talk” then she would have had a better understanding of all the info I dumped on her.

On top of all of this, someone I know just quit her job because she had a “good month” in her Arbonne business. She didn’t sponsor anyone, but she had a few “promises” from her friends that they would be customers.

So- I have been thinking about all of this for a few days, and here I am writing this post.

And I’m writing it in the hopes that the next time I encounter someone who is being told by her upline to do meetings and spend ALL that time and energy away from her family and life, that I will SELL FIRST.

Here’s the process- in 6 steps:

1- Start a blog about the benefits of your product

2- Sell an INFORMATION product that promotes your main product.

3- Sell your main product by using the power of the internet to work for you instead of doing meetings yourself.

4- Offer the opportunity to do what you just did.

5- Teach them to do what you just did.

Because- as you can see, there’s a lot to learn.

And then there’ll be a lot to teach.

BUT HOLD THE PHONE.

What if you didn’t have to do it?

What if you could just send someone through a done-for-you system that not only showed them how to set all of that up, but taught them the principles of it, AND PAID YOU FOR SENDING THEM THERE?

It’s not for prospects- it’s for REPS.

It’s the shovel that actually teaches you HOW TO SHOVEL and find the gold.

Because of what I have learned here, I use these steps to build my No More Waiters business, my Health Advice and product business, my CARDS business.

Et Cetera- until I don’t want to have anymore funnels.

“Why all the funnels?”

It has nothing to do with “buying in all those companies”, it’s the LEARNING itself.

So- if this LONG-ASS POST hasn’t gotten you to see why EVERY Network marketer is better off here learning from Empower Network instead of learning what worked in 1995, then…

Start with the Viral Blogging System NOW and upgrade to ALL of the products- you’ll be thrilled that you did, and then you WON’T be working too hard!

This weekend, Jim Carrey was on SNL.

Not the greatest show, but there was a sketch where all he cast members played different Jim Carrey characters, kinda doing impressions of him:

Tarren Killam again showing that he’s fantastic at most things.

It was a fun sketch, fun to watch and know the characters, but not really “funny”.

But here’s why I cried at the end of it.

A long time ago, I made a list of 101 life goals. No, one of them was NOT to perform with Jim Carrey (although, maybe I should!), but it was this:

“Other comedians do impressions of me to an audience’s delight”

Watching it happen for someone else made me happy for him, but also really sad for myself. I hate to say it, but I don’t think that’s going to happen for me anymore. Well, at least I got to see it for Jim!

Actually, I’ve changed my mind. There’s no need to give up on that dream, and in fact, watching it happen for Jim Carrey makes it MORE likely that it will be or me too!

All thoughts are lies people, so you might as well choose the ones that work in your favor!!

Just when you thought I was crazy, and this whole idea

was a scam and you can’t do it, the HUFFINGTON POST 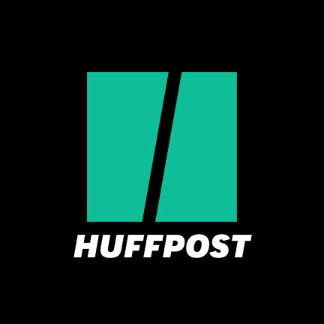 See, people sometimes make fun of me for my course “No More Waiters“.

Very rarely did someone say “Oh, I know that!”

But now that HUFFINGTON POST wrote about the stuff I teach and Clickbank, all of a sudden I am validated:

“In recent years teenagers, 20-somethings, mid-lifers and senior citizens across the globe have explored the new era of digital commerce. This allows anyone to create a product once and resell it an infinite amount of times. Never in the history of business has an entrepreneur had so much leverage and such little risk.

One company that has been on the forefront of the evolution in digital commerce is ClickBank. ClickBank is the world leader in performance marketing of digital products, with six million clients and distribution in 190 countries. They specialize in being the go-to, easy-to-use platform for entrepreneurs and small businesses, enabling and encompassing powerful online and mobile e-commerce across a wide variety of lifestyle categories.

In the new age of digital commerce, ClickBank is helping empower people to share their knowledge with others through the creation of digital products, but it doesn’t just stop there. Product developers are also empowered to make products of all kinds outside of education and how-to oriented products. Many of ClickBanks’ most successful products are in the health and fitness, home and garden, parenting and families, cooking, food and wine categories.”- Huffington Post

See, when you get No More Waiters- How To Build Your Acting Business Without A Day Job, you will learn how to be an “affiliate” and how to use Clickbank so you can make money from your computer. That was for the Actors.

For everyone else, I have a blog about doing the same thing for a different website- http://www.DoYouWorkTooHard.com

So- will you be at the front, or at the back? If you’re seeing the trend, you’ll realize that all of this information is about to go mainstream, and you’ll be too late.

It’s up to you, but if you’re ready to get started, go here- No More Waiters