Believe it or not, this plainly obvious fight is done with the Next Generation version of Star Trek.

It’s my belief that even TOS would kick Star Wars’ ass, but check out these great pics:

Why Star Trek Would Kill Star Wars in a Fight – Comediva: 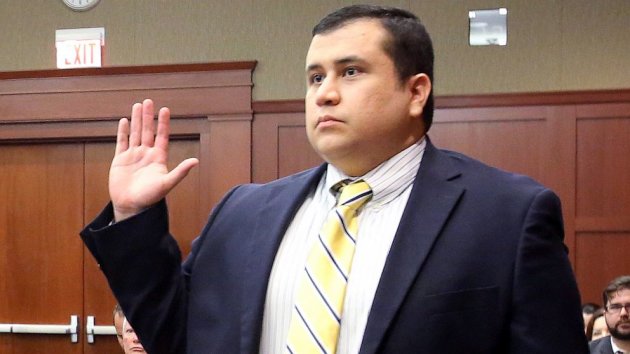 Seriously? What kind of a jerk do you have to be to say something like this?
Well ladies, maybe it’s time you voted for people who actually care about you…

Meet The Pundit Who Thinks Coat-Hanger Abortions Are Funny – The Daily Beast:

A fascinating study… Apparently, people who get an advantage during Monopoly start to think they did something well to gain their wealth… they also turn into jerks:

I have to admit, we play Cashflow by Robert Kiyosaki, and I see this behavior often.

So it sounds pretty cut and dry, but I wonder if this isn’t true no matter what game you play..
In football, basketball, parcheesi- there are some bad winners, and maybe money makes it more of a high-stakes game.

I’ve seen people playing poker who also get all over confident (I’m looking at you Rodriguez!)

Well, I plan on letting you know if I turn into a jerk!

My Day of The Zimmerman Verdict

This Post started out as a big long thing, but I changed it to the random thoughts that came in and out, along with some great articles… I just didn’t want to forget how I felt today

I’ve been reading and hearing things like “I am sick”, “Such a tragedy”, “No Justice” after hearing the verdict of George Zimmerman and his killing of Trayvon Martin.

I’ve also seen posts like “Trayvon wanted to live the ‘Thug Life’, so he got what he deserved”, and “This case wouldn’t even have been an issue if not for the race baiters”

I’ve also seen people say things like “How you respond to the verdict is part of the problem”, and “We pray that cooler heads prevail”. In the abstract, it is a horrible tragedy that a 17 year-old boy can be stalked and killed because George Zimmerman thought he looked suspicious.

But to some of us, it’s FRIGHTENING.

It’s not just something we’d like to change, or something we wish would change, we are personally FRIGHTENED by it.

And so, when I see children starving to death in Africa with flies in their eyes, I think to myself “That’s a tragedy, It makes me sick, there’s no justice”… but it doesn’t FRIGHTEN me. Yes, I think it’s horrible, but I do not see MYSELF in danger because of it.

It’s very convenient for me to see starving people and feel bad about it. And YES, I think it’s terrible, but I am not PERSONALLY in danger of starving to death while walking down the street.

So, when I read posts from people who care deeply- and I know they do- they just can’t understand the PERSONAL DANGER that many of us feel.

The Zimmerman verdict (even though I understand the burden of proof requirement), made me question even having a child, because my child will look more like me than my wife, and I’ll have to prepare him or her for these truths.

And now what reaction do I have? So, of course we should be able to dress however we want, but maybe Erkel’s style should come in style, and we should all kick the ass of the next rapper I see wearing a hoodie and being thug.

Justin Beiber and Miley can be as thugged out as they like without anyone suspecting them.

Ok, so after a little bit of a cry, and two good conversations, I feel like we have to get on the other side of this. We have to get back to INSPIRATION and UNDERSTANDING.

I just realized what time it is… I’ve been in the apartment all day; moping around, sad, and profoundly lonely. I have an interest in absolutely nothing today.

There’s that “Profound loneliness” I sometimes forget is always lurking, waiting to remind me of itself, and I can’t out run it today. I haven’t left the apartment. I was about to, and realized I was wearing camouflage army shorts and a tank top, and I thought: “maybe I should change?”.

I am reminded of the Central Park 5, and what it felt like to be looked at like one of them. I was their age, and suddenly we were ALL one of them. What’s strange is that I assumed this would be the verdict, and I even understand that the “burden of proof” and blah, blah, blah, but somehow I feel like I have been devalued… AGAIN. and I’m light-skinned!

However, all of that said, this is my favoprite article so far: http://www.timwise.org/2013/07/no-innocence-left-to-kill-racism-injustice-and-explaining-america-to-my-daughter/

via YouCantMissThis.com- By Bones Rodriguez: My Day of The Zimmerman Verdict.

In short- What would happen if the races in The George Zimmerman/Trayvon Martin case were reversed?

The Political Freakshow • Race Reversal: A Hypothetical Scenario Of What…

Frankly, just the picture was a shock to me: I instantly assumed the dark guy would be guilty, and I surprised myself at how angry I was at him for making “The rest of us look bad’, and I always get mad when I see someone who looks like me committing a crime.

But here’s the thing:

If I were really not prejudiced, or race conscious, then each criminal would be the same to me, whether they looked like me or not…

Ok, so at first I was like “Why is THIS going Viral”? And then I watched it and was like “OH…. THAT’S why…”

via 12-Year Old Explains Egyptian Revolution in Under 3 Minutes – YouTube.